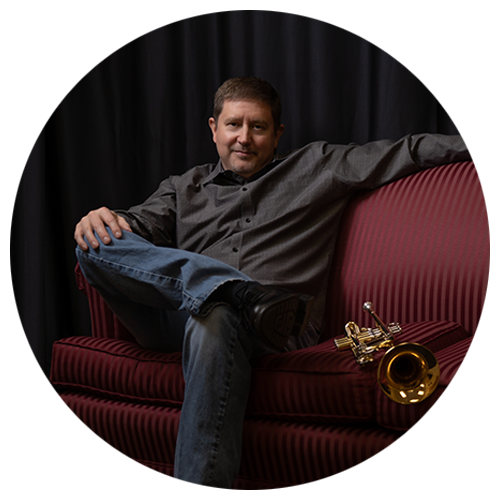 Todd Butler began his musical journey in Pottstown, Pennsylvania studying with Mike Snyder and Chuck Dressler. Todd moved to Maryland to attend Towson University, where he studied classical trumpet at Towson under Ray Moore and Ted Jones. He also studied Jazz Trumpet and Composition under Bill Warfield, Glenn Cashman, Greg Hatza and the legendary Hank Levy (composer of “Whiplash” from the movie Whiplash).

Todd launched into a career as a full-time musician and recording artist during his junior year at Towson University, where he earned a Bachelor of Science degree in Trumpet Performance and a Master of Music degree in Jazz Performance.

Having established himself as an active and versatile musician, composer and arranger, Todd performs and records as a band leader and sideman with numerous artists and ensembles in many styles of music.

As an educator, Todd is a respected teacher and clinician having taught approximately 70,000 trumpet lessons and several hundred clinics in the span of 30+ years.

Todd Butler Music is the home of current and future services offered by Todd Butler and his associates.

Todd Butler is a Yamaha Artist and Clinician.

We are taking applications for Fall 2020 now.